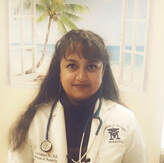 ​Dr. Dev completed her undergraduate degree in Biochemistry and Sociology at North Carolina State University. She earned her medical degree at UNC- Chapel Hill and did her pediatric residency at University of Michigan in Ann Arbor. She enjoys theater, reading, riding her road bike, traveling and taking care of her garden, pond and pond fish. She encourages everyone to explore in a book or the outdoors!  She lives in Howard County with her husband and has two sons who are University of Maryland Fearless Terrapins. ​ 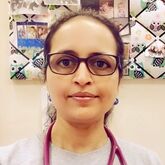 Dr. Dhote is originally from small city of Nagpur in India. She received her medical degree from N.K.P.Salve institute of medical sciences in Nagpur. She completed her Pediatric residency in Penn State Hershey Medical Center, Hershey, PA.

She currently lives in Clarksburg with her husband, Ravi and children, Saesha and Vihaan. She loves to travel and enjoys spending time with her family. 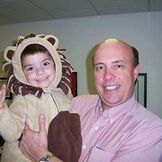 Dr. Koerner received his B.A. from Cornell University and went to medical school at SUNY Upstate in Syracuse.  He did his residency at Upstate as well and an additional year of clinical pediatric endocrinology.  Starting in 1990, he worked at the Children’s Clinic in Newport News, VA for 27 wonderful years.

He and his wife, Elizabeth, moved to Frederick to be closer to two out of three of their sons and to their adorable, highly intelligent grandchildren.  He also is very active in his church. 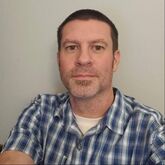 Dr. Swinton received his medical degree from the Medical College of Virginia @ VCU and completed his pediatric residency at Children's Mercy Hospital in Kansas City prior to moving to Frederick.

He is a Virginia native who grew up playing sports and taking scuba diving trips.  He has spent much time traveling, even living in Russia for a couple of years.  He enjoys cooking and spending time with the family.
​Dr. Swinton is married to Lisa, another Virginia native and has two children, Ksenya, and Camden. 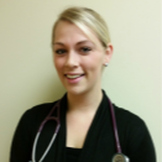 Born and raised in Frederick County,  Brittany completed her undergraduate degree at James Madison University, with a BS in Health Science and a minor in Biology. She later completed her master’s degree of Physician Assistant Studies at Towson University.  She enjoys cooking and gardening, but most importantly, being a Mom. Brittany and her husband welcomed their twin daughters, Ella and Charlotte into the world in 2018. They wouldn't want it any other way! 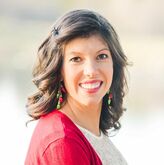 Christina grew up in Westminster, MD and currently lives in Sykesville, MD.  She is happily married and has two little boys. She completed her undergraduate degree at Mount St. Mary’s University and later completed her master’s degree at Salus University in Philadelphia. She enjoys traveling, cooking, being outdoors, and spending time with her family. She loves making connections with families and watching as the family grows and changes throughout the years.​ 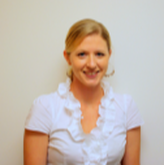 Kari Pratt grew up in a military family.  Born in Colorado Springs, she spent much of her childhood overseas in England and Germany. She and her husband Doug moved from Florida over ten years ago and now calls Northern Virginia home. She enjoys being a mother to her four children, Jacob, Addison, Harper, and Fletcher and is actively involved with her church’s children’s ministry.  She also enjoys baking, jogging, riding her mountain bike, and sewing. 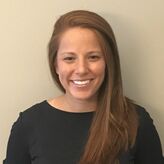 Stefanie is originally from Allentown, PA. She completed her undergraduate degree at University of Maryland (go Terps!) and received her masters degree at Drexel University in Philadelphia. Prior to coming to our practice, Stefanie spent 6 years as a NICU nurse at Johns Hopkins Hospital. Stefanie currently lives in Middletown with her husband and twin daughters, Hadley and Peyton.
​
She enjoys running, cooking and spending time with friends and family. 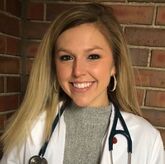 Taylor was born and raised in New Market, MD. She completed her Bachelor of Science in Biology at Towson University and received her Bachelors and Masters in Nursing at MGH Institute of Health Professions in Boston, MA. In her free time, Taylor enjoys traveling, going to the beach, baking, and hiking. She also enjoys spending time with her family and friends.